Well, it's been nearly a year since I've written on this thing.  I always thought if I quit writing, I'd miss it too much.  The truth is, I've not really missed this blog at all.  If anything, I've felt rather conflicted about it, and wondered if it wouldn't be better for me to just bring it down and toss it into the trash heap of history.

A lot has happened in my life this last year.  I had my first boyfriend, lost him in about a month's time, lost contact with some others I really liked online, nearly lost my grandpa due to some health concerns, suffered a horrible job situation back in the summer, fell into a severe bout of depression, changed jobs, have found a lot of happiness with the new job, worried about everything and nothing, gained weight, lost weight, changed hairstyles, and so on and so on.

I got really tired of being online last year.  I felt hurt.  I'd found a great deal of help concerning my sexuality through online resources, particularly from those related to Exodus International and through other websites and blogs.  I didn't experience the horror stories that I've heard others express, but rather a listening ear, a comforting shoulder to lean on, an ability to express myself, and friendship that didn't exist before.  Whether the advice I was given was solid or not, I at the very least received love and care, which, to a young man who felt he had nowhere else to turn, welcomed it with open arms, and cannot say that it in any way ever hurt him.  I felt discouraged that the very things that helped me were being ridiculed and brought down, and in part from within.  Having had a year to think upon this, I'd advocate that the exgay community taking such a hit was, in my opinion, a good thing.  I don't think it matters in the least little bit whether a person is gay or straight, but whether or not they actually believe in and accept Jesus as their lord and savior.  I don't think the how or why regarding causation of homosexuality matters either.  If it is, it just is.  If you are attracted to other men, it is just a state of one's condition, no different than the sky being blue on cloudless day, it is simply reality.  To deny that reality, or attempt to change it for earthly reasons, is nothing short of foolish and ignorant at best.

I wish we lived in a world where being gay was not assumed to automatically put you at odds with the church, or Christianity.  Likewise, I wish more Christians did not automatically presume that all gays are against them, or believe that they should be against all gays.  I am gay.  I like other men.  I'm still not sure if to act on those feelings are right or wrong, but I do know that simply having them is not.  I do know that God loves me regardless.  I know that my faith is not dependent upon those feelings, or even any actions I might make upon them.  Hence, the conflict I have regarding this blog.  Can it help others to read of my experiences?  Can it be beneficial for others to see how ignorant I believe I was and yet how I have changed over time?  Have I anything left to say that could actually help others?  Perhaps, but I will admit that I am so tired of reading and thinking about faith and sexuality.  I have very little desire left in me to want to indulge in anyway conversations, arguments, or whatever else concerning such matters.  Maybe that in itself is some progress on my part--whether good or bad, I'm sure time will tell.

I'd be lying if I didn't say I feel ashamed of myself for some of my past beliefs.  I have argued and been wrong on many accounts.  I've been ignorant, proud, lazy, stubborn, quick to anger...  probably in other ways wrong as well.  And this blog gave me an outlet to express all those things.  How could I not feel conflicted about it?

I also got very tired of being online because of the nature of the relationship I had with my boyfriend.  He was wonderful, and I know I was in love with him, but we were never able to actually be together.  We met online and carried out what I would imagine to be a very intense online relationship for about a month, and then he was gone--all accounts deleted.  I have no idea what became of him, other than he wanted me to know that no matter what happened he loved me.  I spent many months pining away for him at the start of the year, wondering without answer what had happened.  Perhaps I'll never know.  Again, however, this was a hurt that quite literally just made me want for nothing at all related to the online world.  I'd found him online...  I didn't even want to check my email for awhile or even look at my computer.  To do so just hurt too much.

I am wrong sometimes to turn so inward and neglect all those around me, but there are times when I simply cannot bring myself to be around others.  I was so discouraged and depressed with some of the job situation I experienced a few months back that I couldn't bring myself to be around anyone.  If I was, I couldn't think of anything positive to say, and I'm sure I was far from the best of company anyway to those I did manage to be around.  In this situation, I can attest to the power of prayer though.  It's true that at our lowest we often turn most to God, and this is something I've done quite seriously.  God has answered my prayers for a better job, and led me to a place where I couldn't be any happier working at.  He has blessed me so richly the last couple of months that I have literally found myself speechless and amazed.  He's comforted me throughout all this last year time and again when I needed him the most.  He's proven Himself to me time and again.  It is for this acknowledgement that I am writing again on this blog.  If this blog serves any purpose whatsoever, I want it to be for the very least in order to attest to the power and greatness of God.  If anything, let my story be for that.  Not about whether I am/was gay or straight, or how any of those feelings came about, or what actions I might incorrectly or correctly have made, but that a young man held onto God and God was with Him, regardless of anything else.  Take comfort in knowing that.

In case I don't write again this year, I want to wish anyone reading this a very merry Christmas.  :)
Posted by Brendon at 2:12 PM 5 comments: 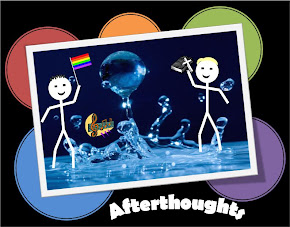 Who Writes This Thing Anyway?

Brendon
What can I say? I’m just your typical, everyday, average, young man from Kentucky. I am a Christian, a writer, a truth seeker, a romantic, a little naïve, a recluse, and also gay. My main focus on this blog is to write about the issues I’ve faced dealing with my Christian life, my sex life (or lack thereof), my hopes and dreams in life, and, in general, any struggles concerning all of the above and then some. I also follow politics, so there will probably be a little bit of that thrown into the mix as well. I hope everyone enjoys. 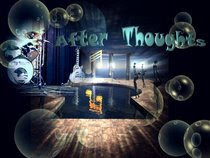